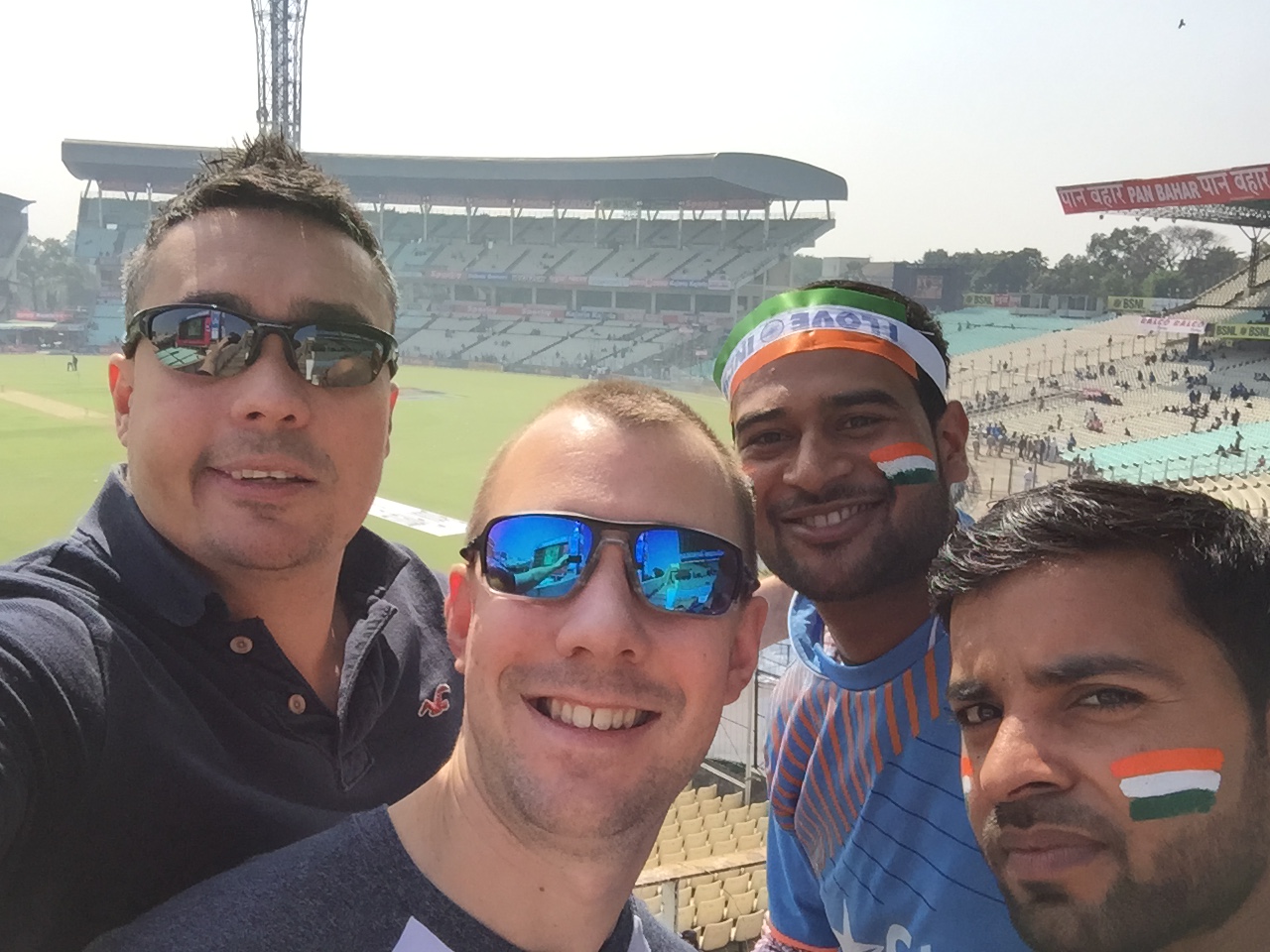 By total coincidence we arrived on the first leg of our world trip in Kolkata on the day that England played India at the iconic Eden Gardens stadium!

We’d checked into our hotel late on the previous night so had a little lay in, breakfast at 8am and then headed out to get cash and try and get cricket tickets.

The walk to Eden Gardens took about 20mins from Sudder St, we were amongst the first fans to head to the ground as it was a day/night match – but we needed to find tickets. We had a couple of touts come up to us en route but we turned them down trying to get nearer to the ground – mistake. Once we got closer, the police presence increased and local traders were being kept away so we turned back towards the bus interchange and paid R2,000 (face price R500) per ticket, about £50, not bad compared to UK prices but on hindsight probably could have got them cheaper if we’d persisted but it was reassuring to just get them in hand. We also bought some water – again a mistake as like the UK there are no liquids allowed inside (Jamie’s lip balm was another casualty!!). 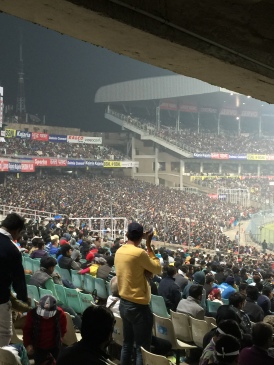 As we headed back to the ground the crowd was growing and we quickly became local celebrities. Eden Gardens holds around 90,000 fans and there couldn’t have been more than a couple of hundred England fans, the vast majority of whom were with the Barmy Army on the far side of the ground – so in the Grand Stand we became celebrities and spent half the game posing for selfies…and those that were too shy to ask just manoeuvred us into the background of their photos! We should have charged – that would have been the trip paid for!

The match itself was spectacular. Cricket really is a religion here – the locals were incredibly friendly, knowledgeable and LOUD! They seemed to love having some England fans to direct their passion at, Jamie being taken out by a few Indian flags and chants of INDIA INDIA INDIA ringing in our heads all night.

It also helps being a cricket fan – it breaks the ice and everyone wants to talk to you, discuss their favourite player (Dhoni or Kohli) and talk tactics! 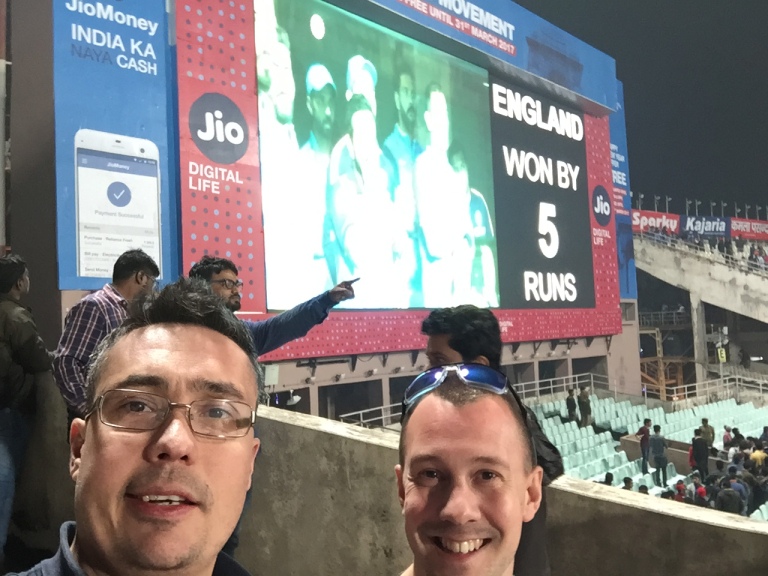 This was Jamie’s first ever international cricket match, and I’m proud to say he now not only knows every player on both teams but he even understands the Duckworth Lewis score and is a convert!

The experience was unforgettable – the match exhilarating and even though England pulled off a thrilling 5 run win, the local fans were incredibly gracious and good humoured (after all they had won the series).

After a few directional challenges, we joined 90,000 fans exiting the stadium and walked down the road – yes, the middle of the road with the motor traffic! Whilst we kept hands in pockets and kept close together at no point did we feel unsafe. A great first full day on our travels.