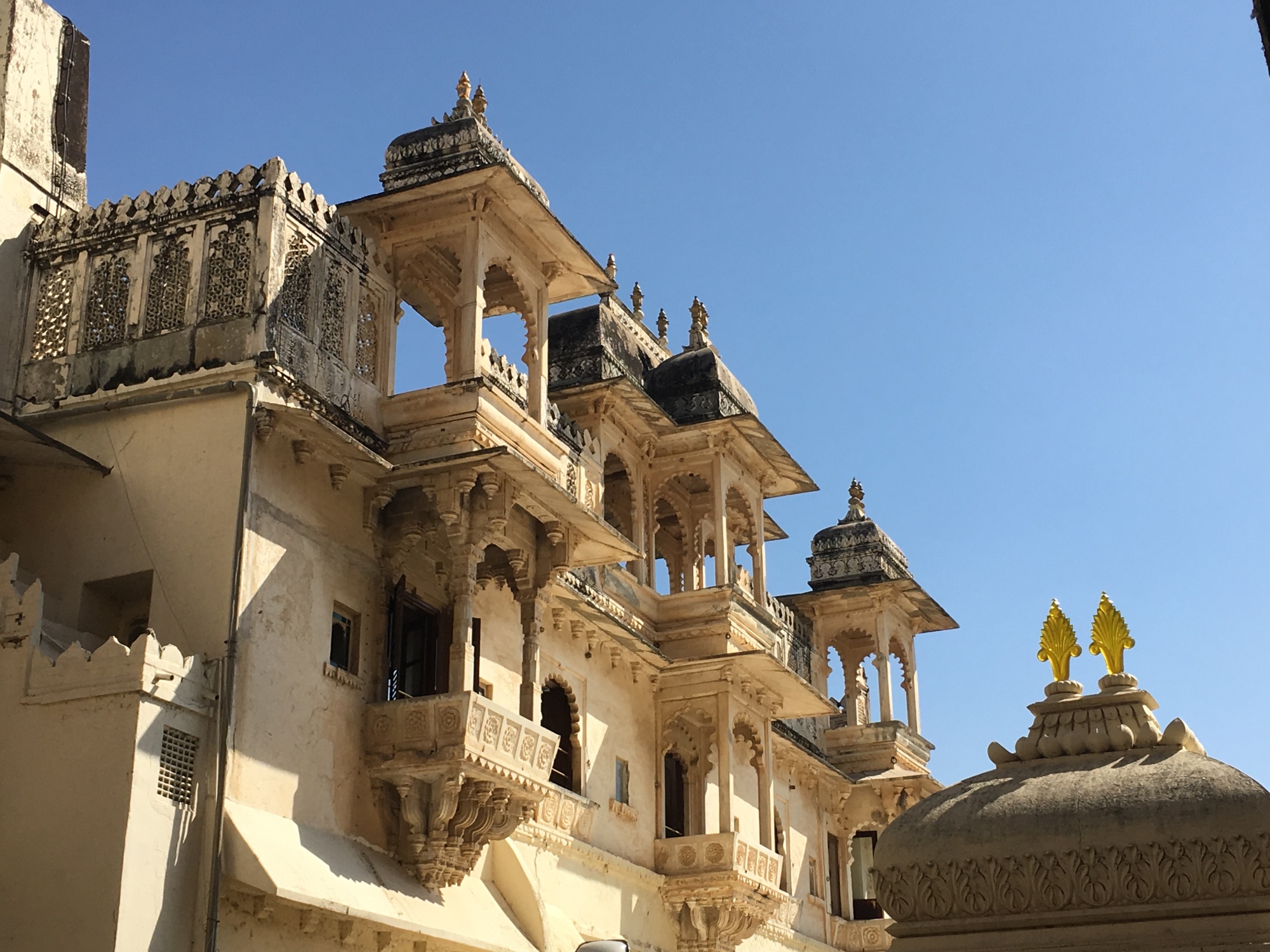 We arrived in Udaipur after a night sleeper train. Getting quite use to them now (that was number 4- I think). We had a very over priced black tea in the hotel restaurant and checked into our rooms.

Once everyone had freshened up we were taken on a orientation tour of the city. Udaipur was much much smaller than other Indian cities we had visited, but still large by English standards, 450,000.

We passed a vast array of street sellers and shops, and discovered this was a shoppers paradise (not that we had room for anything). After some lunch we visited yet another, city palace. Many features were becoming common from one to the next, court yards for women, audience chambers etc, yet each also has its own charm, quirks and differences. This one was now part hotel, part museum, thus it was mostly well maintained.

As you enter through the impressive main gates, our guide explained this was where elephants use to fight. Locking trunks and tusks either side of a wall, they had a sort of tug of war. Not used since 1952, the wall stood grey and unnoticeable unless you knew its significance. 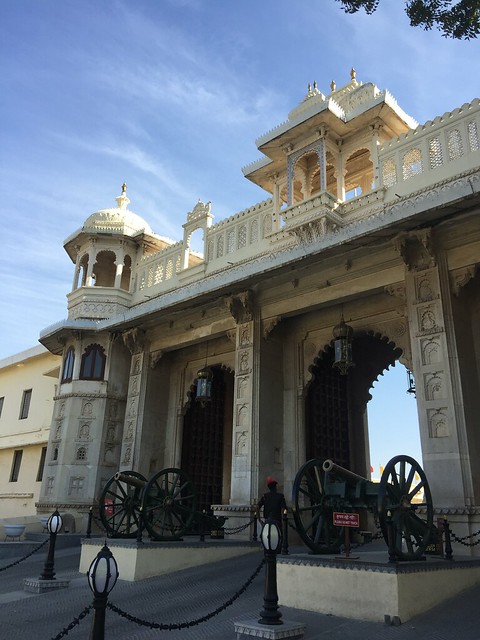 We passed a tiger cage, and entered through an impressive secondary gate. Beautiful turrets, courtyards, archways and stained glass filled the palace. These places are quite hard to describe, you really need to experience them yourselves. The Mughal kings who lived here, had some ingenious ideas architecturally, like passing the hot dry air through a waterfall to produce clean filtered air for their guests and mirrored ceilings… for well you know! 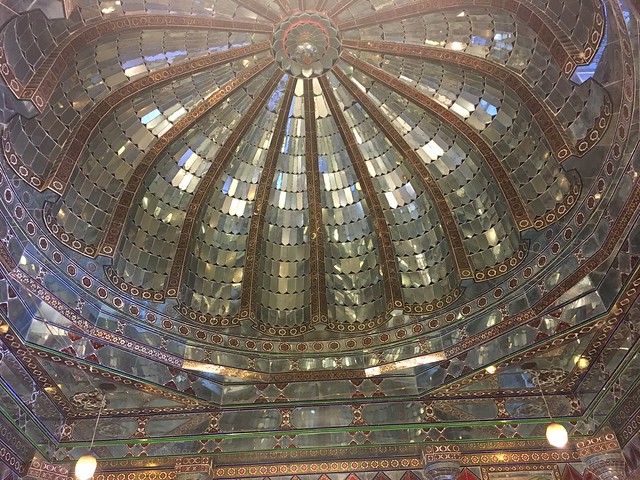 The Palace also had some impressive glass work and paintings in the wall from peacocks to elephants. The building was used by the king till the 50s and the queen mother lived there until the 70s. On display there was also the royal silver collection, chess boards, coaches and platforms put on elephants backs to carry their master. Overall an enjoyable visit.

After we took a walk down to the lake to see if we could get a boat ride. In the middle of the lake stood a hotel now run by the Taj group. We glimpsed this from the turrets of the palace. It was used in the James Bond film Octopussy, the place where the Bond girl resided with a Blue ringed octopus. Unfortunately it was for guests only, about $700 a night. We decided to get a boat the following day and went for some drinks on a rooftop to watch the sunset. 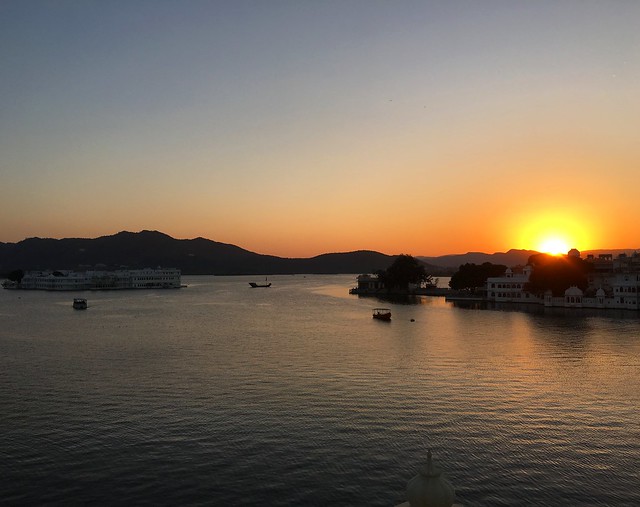 Another sunset done, we went to watch a cultural show. Dancing, music and one lady who balanced pots on her head. She started with two, and this increased to eleven!!! Quite the feat, especially when she walked over broken glass!

Dinner and drinks done, we walked back to the hotel for a lack of tuk-tuk drivers. We started late the next day and and had a day to ourselves with no tour group. After pancakes we wandered the town, visiting a Vishnu temple and crossing the bridge to the other side of the lake. We couldn’t get a boat ride for some unknown reason so walked around instead soaking up the culture.

We decided for sunset to go up to the Monsoon Palace, on the top of the hill overlooking the town. We took transport and were dropped off at the bottom of the hill. Unknown to us, you had to then pay for extra transport up, so we opted to walk. An hour later after a baking hot walk in the sun, up the steep side of a mountain winding track, we arrived at the unimpressive palace. Extremely run down, the only reason for visiting was the view, which was stunning. Udaipur to the left, vast and around two lakes; and mountains and countryside to the right. The sunset was beautiful and the red light falling on the city, lakes and Palace was spectacular. 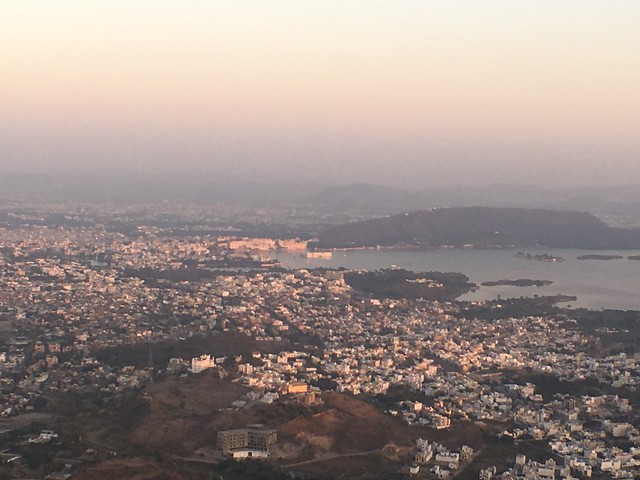 We were concerned we’d have to walk back down the mountain, both of us tired and exhausted. We hung around the car park, and luckily I made eye contact with a friendly couple who offered us a lift. Kindly they ferried us down the mountain, it turned out it was there 10 year anniversary. We had a friendly chat and thanked them for there generosity.

Our tuk-tuk driver was waiting for us at the bottom, and took us to where we were meeting our group for dinner; a lovely restaurant called Tribute. Slightly expensive but great food, sat adjacent to the lake. Be warned it can get quite chilly at night (or at least in January when we where there) so wrap up warm!

The following morning we had free also before our train to Bundi, so went for a bite to eat and to look round the shops. Unfortunately as we are travelling the globe, we don’t have much space in our luggage, so decided against the silver elephants and throws for the bed.

We soaked up some sun by the pool and departed for another train journey, a short one of about 4 hours, but a sleeper train style rather than seats. Udaipur had been one of the most interesting and relaxing stops so far, the next leg of the trip would be quite rushed with each day in a different place.