We arrived in Bundi late evening and to our surprise took old open air jeeps to our hotel instead of the usual tuk-tuks.

The hotel, Ishwari Niwas, was probably one of the best so far. Clean, big rooms and decent food (in quality and price). We had a good nights sleep and started early for our tour.

Bundi is famous for two things, it’s step wells and the Palace. Both impressive in their own way. The town was by far the smallest Palace we had been so far a mere 100,000 people. 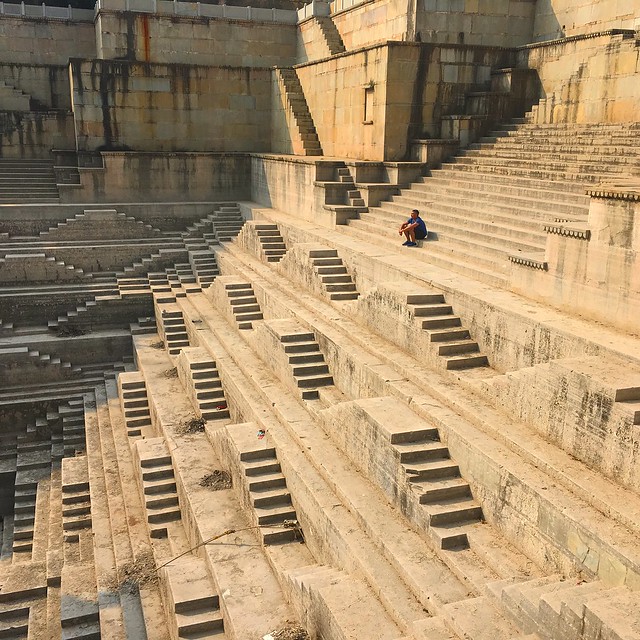 A step well, or baoris as they are locally known, was our first stop. Bundi has over 50, and we visited one of the largest. Built hundreds of years ago for locals to get water (as well as bathe and wash clothes) they are a series of steps leading down to ground water level. They are architecturally impressive and. She for great photos.

We arrived to find the gates closed, so our local tour guide lead us through a broken part of the fence instead. Not knowing what to expect, my breath was taken away; not only by the depth but by the beauty. The stairs made gorgeous patterns, and we gathered at the top as the guide explained.

Mike flew the drone after some gps signal issues and we snapped pictures. The steps were quite narrow, and you did have to watch your feet. One slip would be painful and possibly life threatening, in the U.K. this would be a look only attraction.

Next came the Palace. Rudyard Kipling described it as ‘the work of goblins rather than of men’ – and he was said to have written at least parts of the Jungle Book there.

The Palace stands on the hill side, and although much is still closed, what is open is impressive, especially the views and murals. The Palace is also home to monkeys and bats, so if you aren’t an animal lover best stay away.

The palace was constructed during the reign of Rao Raja Ratan Singh (1607–31) and added to by his successors. Part of it remained occupied by the Bundi royals until 1948.

The climb up was perilous (the climb down was worse), a steep slope with worn ancient stones (presumably by elephants), made it tricky. Wear some good gripping shoes.

The place entrance starts with the elephant gate, which made a good photo. 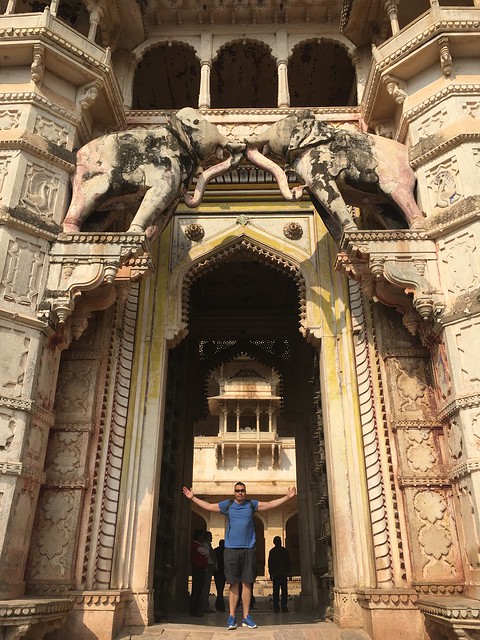 Our local guide showed us around the many rooms and narrow stair ways, through balconies and many different views. One particularly pleasing moment was ascending a steep set up stairs and being greeted by the lunch greenery of a court yard as you rose up through a trap door.

Many murals are also on display and relatively well preserved in golds and turquoise. 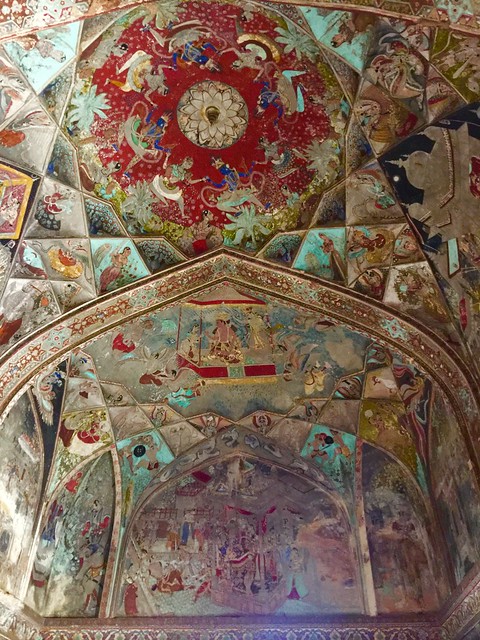 Mike descended early again to do some drone footage (he was feeling much more confident); his drone was also swarmed by pigeons which also made for some good footage!!

After carefully descending the steep slope, we went for some local Chai tea, Jai our CEO, recommended. The place was very local, and the tea was spiced with cinnamon and cardamon (I think). It was unusual but tasty. The place was also quirky for all the guests had drawn and painted murals on the walls. 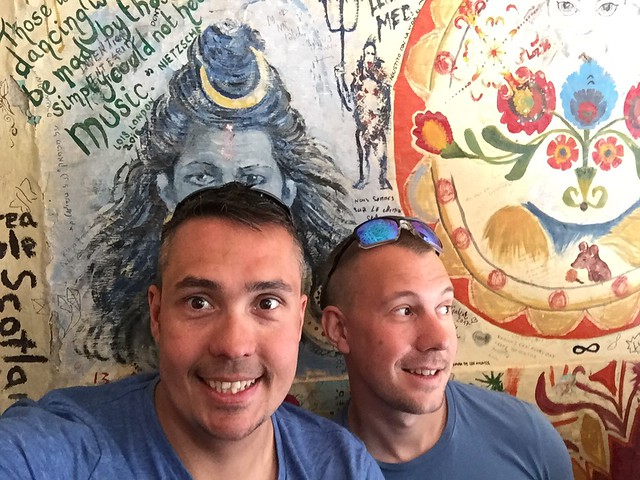 We walked back to the hotel through the busy streets: dodging motorbikes, mopeds, carts, cows and tuk-tuks. We departed a few hours later to the train station, for an overnight train to Mumbai.

Bundi is off the tourist trail and some fantastic sights to see. If you are in the area, definitely visit.