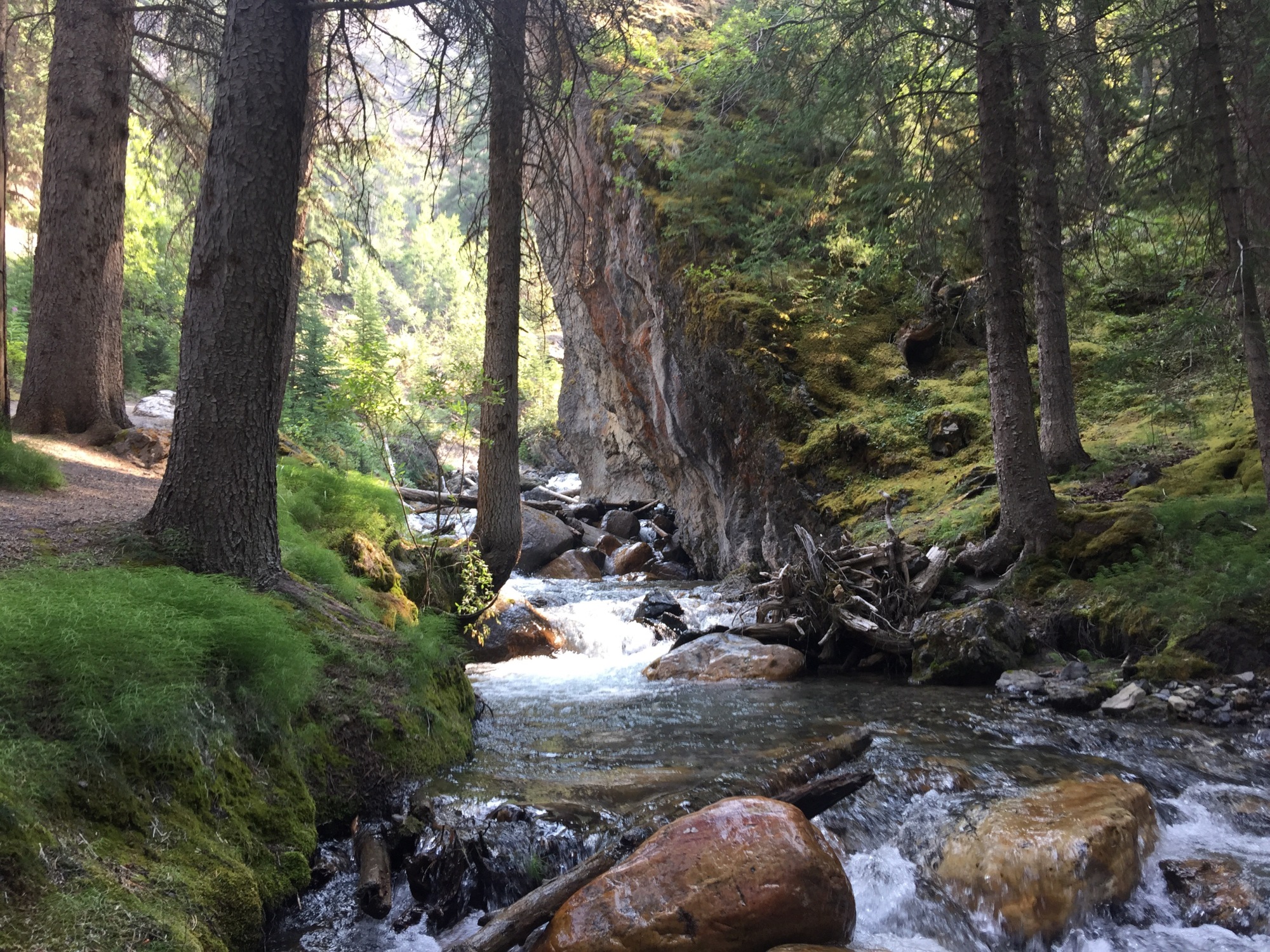 Our first stop of the day was the Caves and Basin Museum, dedicated to the formation of Canada’s first national park where explorers had discovered an underground cave with hotspring.

We walked up to this hallowed spot but were left wandering what all the fuss was about when we entered the cave and discovered it was a small dimly lit concrete pond, that smelt of sulphur and looked more like a bad amusement park grotto than a national monument. 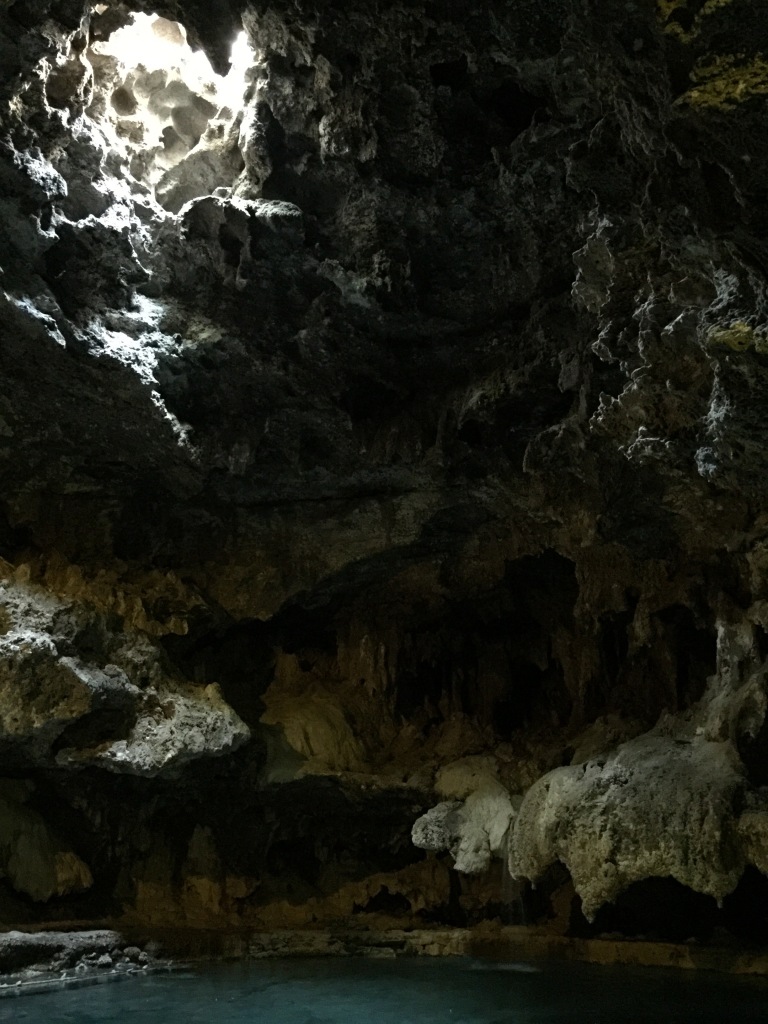 The adjacent museum was very well presented with actors dressed in 19th century costume displaying replica tents and tools used by early explorers from the Canadian Pacific Railway who opened the east to west route. However as well done as the museum was, the subject matter was rather dull and we breezed through the exhibits. 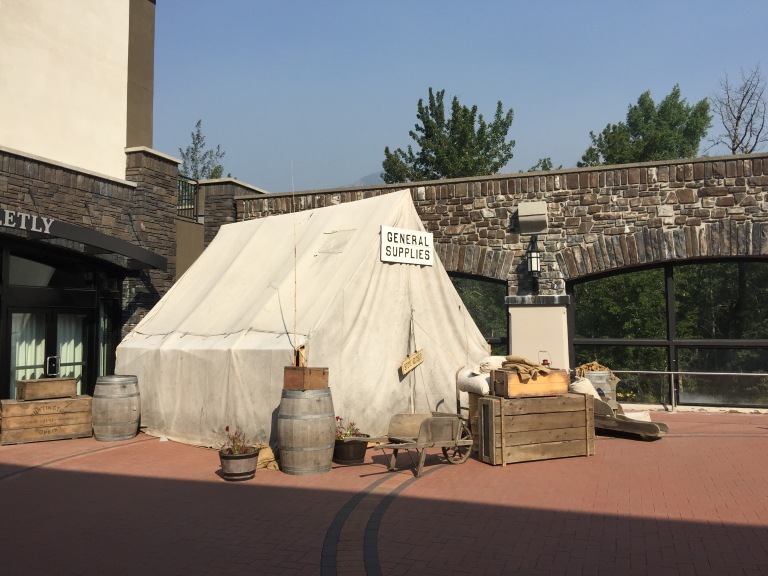 Having finished the museum tour quicker than expected we decided to take another hike to the Sundance loop. The first few miles meandered along the rivers edge, which like Lake Louise was a rich green colour until we reached a fork in the river where a fresh water river met the glacial river and you got a striking division of the different colours. 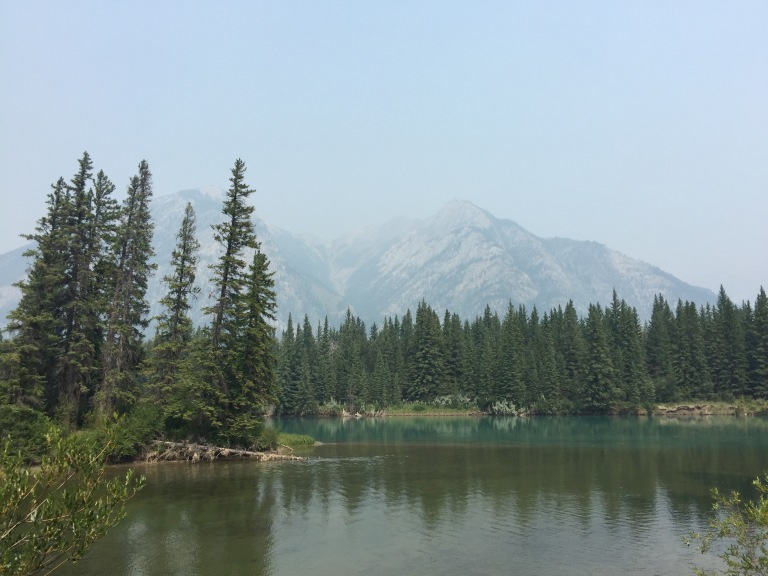 As we approached a marsh section beneath the loop path at the end of the Trail we get our first taste of the dreaded Canadian mosquito. We showered ourselves in Deet and bug spray but were bombarded by hundreds of mosquitos biting at every inch of flesh that wasn’t wrapped up or covered in spray.

With Mosquitos flying into our faces and mouths we even resorted to a quick jog until we reached the loop which took us across the river and away from the stagnant waters.

By this stage we were the only people on the path and enjoyed a leisurely hike through natural forested hills. The worn path and occasional bridge were the only whi fence we were in a park – no railings or signs anywhere. We climbed over fallen trees and stopped for photos on the river which in places had been dammed by fallen logs and debris. 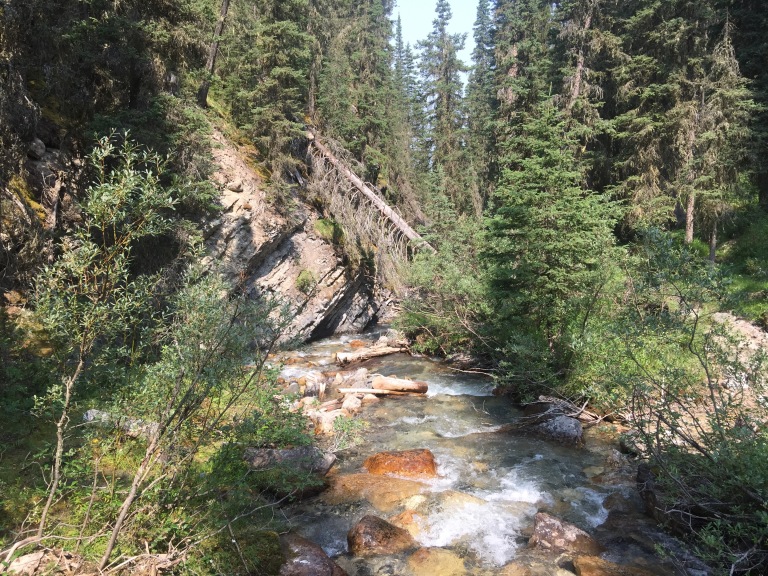 The total hike took just over three hours – even time to work up an appetite, so we headed into Banff town for some lunch at Wild Bill’s, a bar restaurant.

After lunch we headed to Johnson Canyon – the packed car park testimony to this Trail being more popular with families and the less able. This Trail was almost flat and paved in places, boardwalk in others and with railings throughout. After just half a mile we came to the lower waterfalls where most tourists gather to climb through a small arch to see the water crashing into the pool beneath. 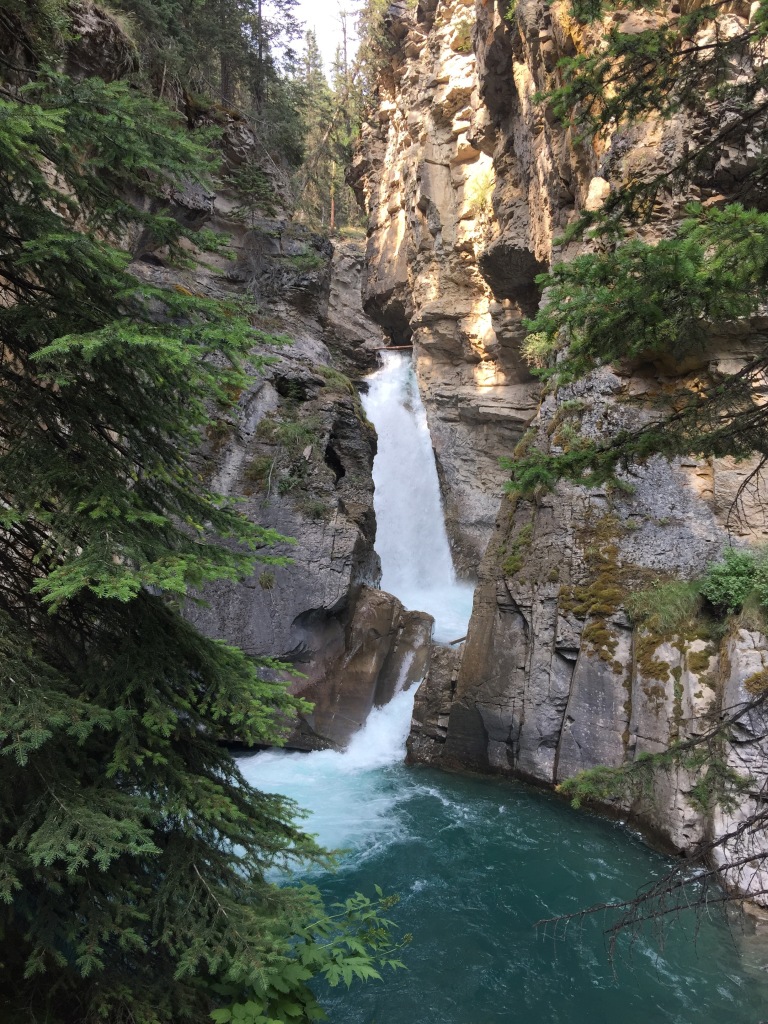 After the long day hiking and feet and knees aching, Vanessa and I took photos of the lower Falls, while Jamie and Andy hiked another half mile to the upper Falls.

While they continued their hike – Vanessa and I watched some inquisitive chipmunks scrounging for food, almost certainly they could smell the Nature Valley breakfast bar in my bag. 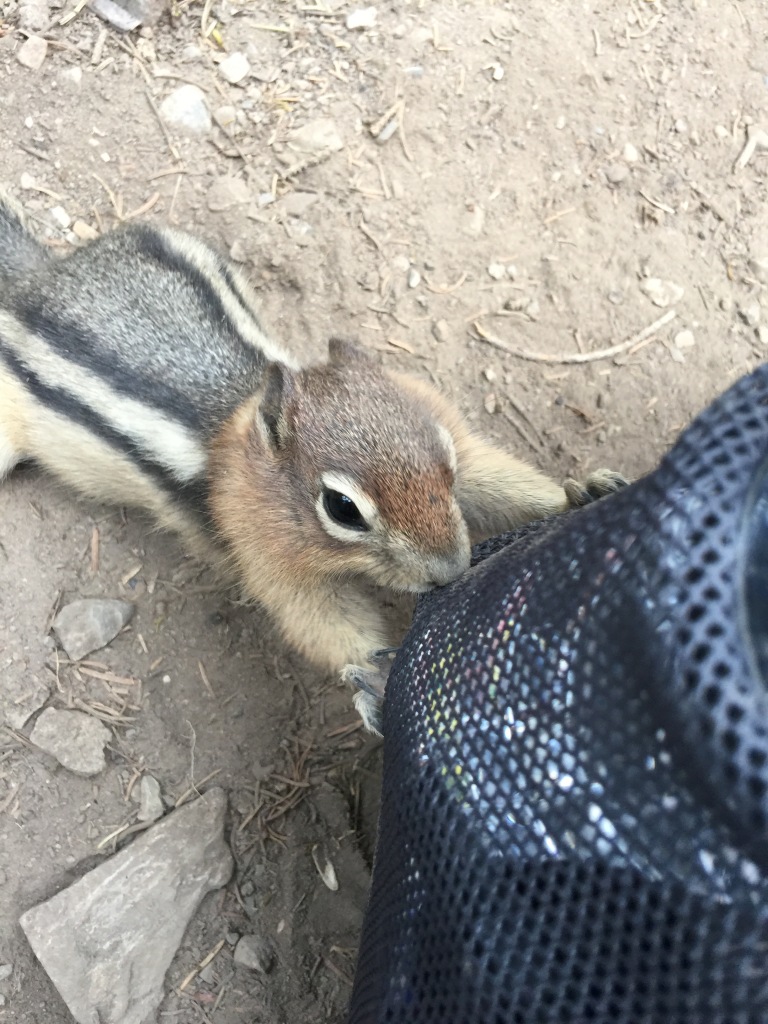 After Andy and Jamie returned we headed back to the car and home to the Holiday Inn.